How to Get More Customers 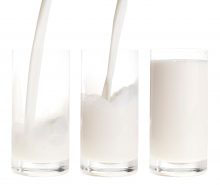 To the uninitiated marketing can seem like a hot mess of jargon, hard to grasp specifics and opportunities that are just beyond reach.

It seems like it should be possible because other companies do it but still, it’s difficult to get your head around it when it’s your own business.

What comes first – social media or a new website? Building a profile or working out what you’re going to say? Getting it right vs getting it out there?

There is no perfect world and while it makes sense to build a new website first before going hard on social media to build a following, or working out what you’re going to say before you start any promotions, it doesn’t have to be that way.

Going behind the scenes

I recently watched Babylon, a British TV drama ostensibly about an American public relations expert who goes to work at Scotland Yard to help them with their very many communication challenges. What it was really about was the inability, in this age of instant photos and videos, for anyone to control the message. The best they could hope for was to steer the message in the direction they wanted it to go but with so many more variables it was a constant battle.

In order to have their voice heard, the approach was to be as open and transparent as possible, to officially break down the gap between authority and people. The idea was that by showing the people behind the scenes, they would humanise the police force and make them relatable – to show the reality: men and women trying to do their best in stressful situations.

So back to the discussion about what comes first in our example – building an audience? or having something fantastic for them to see when they click through?

Sometimes taking people behind the scenes can be an engaging and rewarding experience. That’s why reality TV shows about renovating, cooking, long haul trucking and weight loss have become so popular. Viewers are interested in the story behind the finished product. They want to know what it takes to create a beautiful modern home, a three-course meal, how their meat is transported from one side of the country to the other, and how people who look like them have been transformed into the healthier and slimmer version they want to be.

What does this look like for a small business building a new website? The social media feed for a company hiring a business to build them a new site could include:

There are many stories in running a business but often we’re too busy doing what needs to be done to stop and think about what they are, much less communicate them to customers. And there is that desire for perfection, to not want to show anything less than great to your audience.  Perhaps it’s time to spend less time trying to be perfect and more time trying to connect.

5 Reasons Why You Need to Stop Outsourcing Your Marketing

How to Improve Marketing & Learn From Your Past Mistakes

Marketing Concept: How to Test Your Way to Success

Marketing Internships – How to Make it a Success

Wasting Time and Effort on Marketing?

Do You Really Need the Next Best Thing in Social Media?