Packaging – Getting it Right 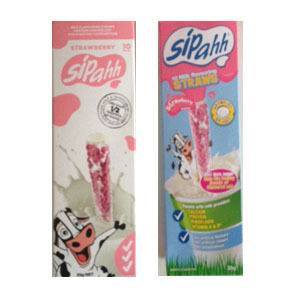 Marketers and businesses make decisions about the way they brand their products based on who they think their customers are, sometimes they get direct feedback via focus groups, surveys and comments directly from customers. Other times it seems they make decisions on gut feel or what someone thinks is a good idea at the time, other times its just to mix things up and stay relevant.

The difficulty in getting it right was driven home to me (very close to home in fact!) just recently.  I buy Sipahh straws for my 2 children and have done for several years now because I want them to drink milk; they aren’t big dairy consumers so it seems to be the only foolproof way to make sure they get enough calcium in their diets.

Recently my 13 year old son decided that he wasn’t going to drink his Sipahh and milk anymore because he was convinced they’d changed the recipe and it now had less sugar and was therefore not as good. I said I didn’t think they had. He still kept complaining and refusing to drink any milk.  Then I realised that the packaging had changed, he’d noticed and he’d been reading it.

The new packaging (on the left) has a matte finish, was less colourful and designed to appeal more to parents. The previous packaging (on the right) was more child oriented. I managed to get an old box and could show my son by comparing the ingredients and nutrition chart that the product was exactly the same and only the way it was presented was different. He begrudgingly agreed but it took awhile with a lot of discussion about marketing and company motives around packaging.

So what could the company have done to ease the transition? Explained why they changed with a small insert on the box, assured customers (kids) that the product still tasted the same or kept some familiar elements from the old packet on the new.

Of course as a parent I could see that the new packaging was more appealing to parents but if my son wasn’t going to drink it then it probably wouldn’t have mattered, I would have stopped buying it. It would be interesting to know if sales have increased with the packaging change.

Or was there an eventual drop off because kids thought it didn’t look or taste as good. Or maybe that only counts for those that were already customers.

Either way, it struck me that changes we make as marketers and business owners can have unexpected consequences and we need to be open about what those differences might be and adjust accordingly.

Change Facebook Page Name? 4 Steps to Getting it Right

Innovation in Age of the Customer

Online Retail Tips: What If I Don’t Want To Join To Buy?

Is Your Customer Service Exemplary or Is It Like Tesla?

5 Tips to Better Live Up to Your Brand Promise

Do You Need a Brochure?

Why a Competitive Moat Can Benefit Your Business

From Cold to Customer